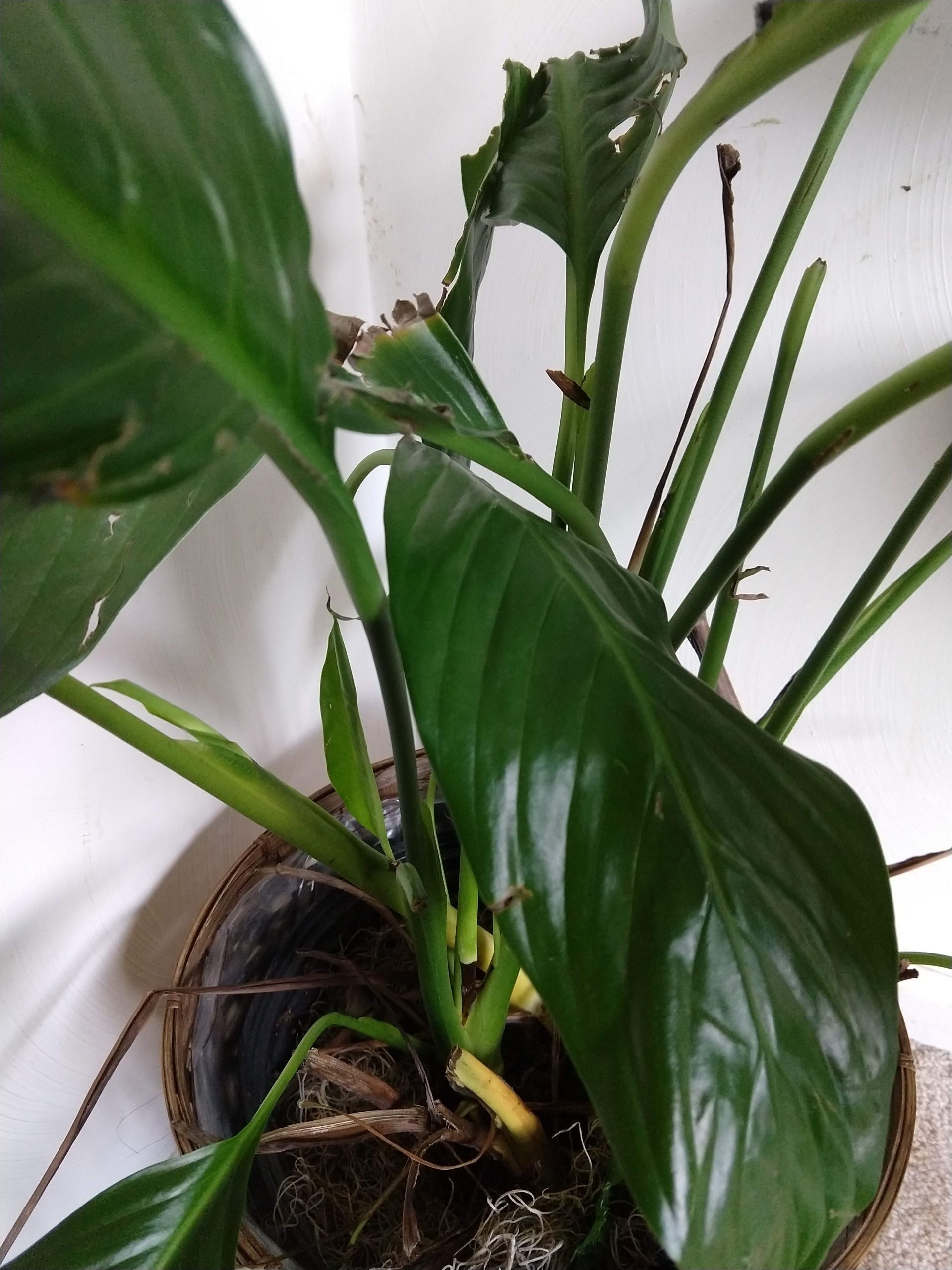 When I left my full-time job at the end of January, I received this lovely peace lily from my coworkers. It was lush and weighed a ton, and I worried that I’d be able to care for it properly…since I’m not known for my ability to grow plants. (My family’s nickname for me is “Death to Plants.”)

Fast forward to early April. I was amazed as how healthy the plant was doing. It was even blooming on its own! Look at those gorgeous white blooms! It was so pretty, in fact, that I decided to move it from the corner where I’d initially placed it so people could actually see it, enjoy it.

So I moved it across the room, to its own corner, where it would get light throughout the day. Even my husband said it looked great there, and he doesn’t usually have an opinion on those things.

Fast forward to today, a mere four months later, and my poor lily is a shadow of its former self! No blooms. Leaves shredded. Stems broken. What happened, you ask?

When the plant was in the other corner, Hercules didn’t pay much attention to it. But once I moved the poor thing, THINKING I WAS DOING IT FOR ITS OWN GOOD, I inadvertently put it in Hercules’ target zone.

At first I thought it was cute. Awww….look how cute, I’d think. Hercules is playing WILD CAT OF THE JUNGLE! But then I started noticing a decline in the plant’s health. I’d find leaves on the floor, and broken on stems. I’ve been hoping for the best, but …

Today I found the poor thing lying on its side, Hercules inches away looking quite pleased with himself. Those of you who have read my posts about Hercules know how much I love the little guy, but this is enough. I have a hard enough time with plants as it is! I don’t need Attack of the Jungle Cat!

So now I’m wondering. Should I send my lily away to a good home for rest and restoration (hopefully)? Or should I continue to keep it and hope to nurse it back to health?

What do you think?