Resigned to my fate, I checked the tracking number and found out the unassembled grill was scheduled to be delivered on Wednesday this week. My next dilemma – how to hide the monster box, and get the grill assembled, without my husband knowing? Of course I tapped my son for this task.

“Here’s the tracking number,” I told him in an e-mail. “Watch for when it’s going to be delivered…and DON’T LEAVE HOME until that sucker is in the house.”

“But, Mom, what am I going to do with it then?” he replied the next morning as I headed to work. “It’s not like Dad won’t see it.”

“Stick it under the dining room table. He never goes in there.”

Dead silence from my son. Finally he said, “Okay, sure,” in a tone that told me he thought I was nuts. But kids often reply to us in that tone, don’t they? As usual, I ignored it.

Wednesday morning, I checked the tracking number myself. True to its word, UPS had the grill on a truck in Richmond, a mere 90-minute drive (without stops) to my home. Again I alerted my son to stay diligent. Since my hubby gets home before I do, I wanted to make certain our plans wouldn’t go awry. (I had yet to tackle the issue of assembly, but baby steps, baby steps.)

Of course, the shipment still hadn’t arrived by the time my husband got home late that afternoon, and my son had to go out.  Without any good options, he told his father that we were expecting a package….a big package…to which my husband replied, “Oh, you mean the grill?”

“I read your mother’s blog.”

“You never read my blog!” I later said to my hubby. “Or at least you didn’t used to!”

“I read everything you write, Leah. You know that.”

Awwww….what a guy I married, right? But by now I felt even more stupid than I had.

Happily, this story ends well. My husband is notorious in our family for guessing his gifts before he gets them. He even makes a game of it at Christmas and birthdays, watching our faces and eyes for signs of deception and subterfuge as he recites what he believes are the possibilities. Since I love surprising gift recipients, this is a cause for good-natured conflict in our home.

This time I thought I’d had  him though, but it turned out I was blissfully ignorant that I never even had 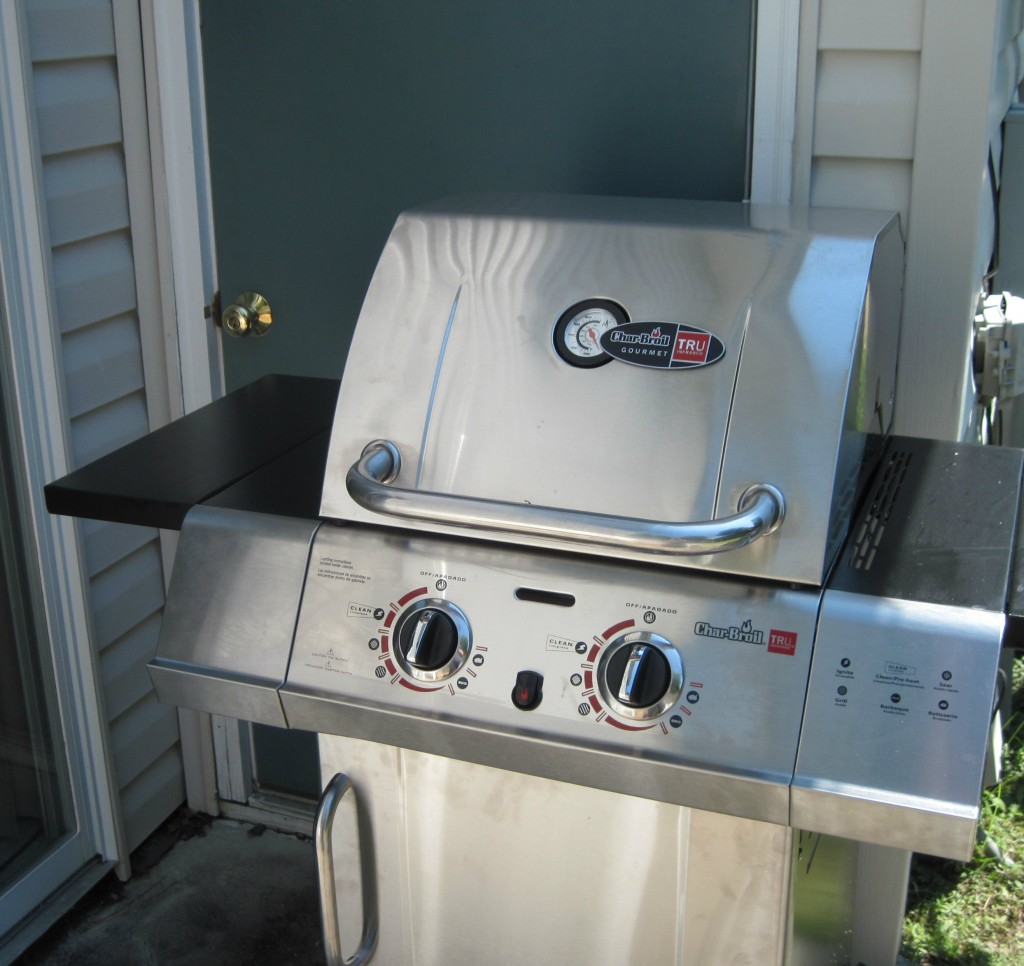 a shot. The even better part to the story? The next day, my son and his girlfriend assembled the grill, and later that evening, we enjoyed perfectly grilled chicken for dinner!